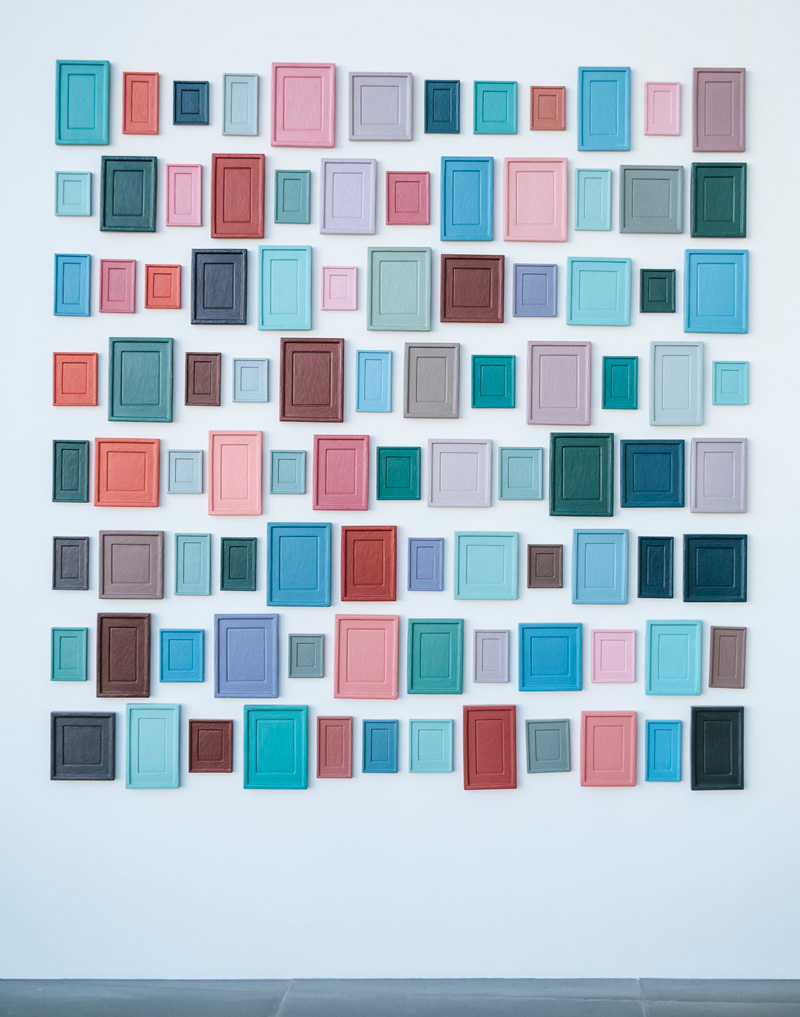 Psychology should be used in marketing communications to make brands enticing

In our visually cluttered world it isn’t easy to catch people’s interest. There is a secret to making creative communications that matter to people. It’s about understanding how evolution has hardwired our brains to find certain things appealing. Marketing communications can use brain evolution to influence decisions and make brands more appealing

In the 1960s Neuroscientist Paul MacLean created the ‘Triune Brain’ model. He simplified the brain into three three different brains which have developed successively during evolution. They control the three major aspects of human thought and behaviour:

Known as ‘the reptilian brain’ it’the oldest part of our brain and the most basic.

It thinks in pictures, symbols and shapes – not words. It’s an ancient survival mechanism. It controls involuntary functions such as heartbeat, fear and sexual behaviours (which is why ‘sex sells’).

It helps us distinguish immediately between threatening and desirable things. It automatically evaluates without the rational mind. If your marketing communications can’t convince this part of the brain then it’s over before you’ve even started.

Designing for to the primal brain can use any of the basic drives we have, but one of the most effective ways of targeting the primal brain is to make new things seem familiar. This is done by invoking cultural references, whether it be shapes or colours.

This is known as the ‘Paleomammalian’ brain or ‘the limbic brain’.

It is thought to have developed in early mammal evolution. It controls emotional responses. It remembers them too, and recalls behaviours that produced good and bad experiences.

It’s responsible for most of our emotions as well as comparisons, which lead to the value judgements we make. This also means it (often unconsciously) controls a lot of our behaviour.

This is known as the ‘Neomammalian’ brain or ‘the neocortex’.

It is thought to have developed in higher-order mammals. It rationalises and making information meaningful. It helps us to understand and make sense of the world around us

Its what makes us human. Responsible for higher-order functions such as language, creativity, abstract thought, imagination, planning, perception, learning and consciousness

It oversees the rest of the brain controlling the more basic parts but it needs to be consciously activated. It’s why you can’t think straight when you panic.

it’s why human cultures develop and is responsible for the ‘self’ – what makes you ‘you’. For communications it’s a case of justifying and rationalising why the reptilian and limbic brains were correct. 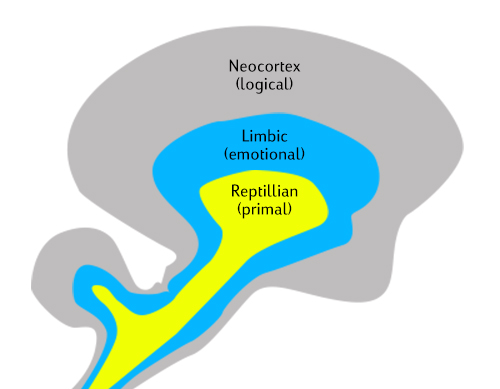 Our 3 brains in marketing communications

Great design taps into the evolution that has been hardwired into our brains. A well planned and executed brand identity acts like a symbolic signal that the irrational mind uses to make decisions.

This depends on which emotional factors you can bring into play. It doesn’t matter how great a brand identity looks – unconsciously the decision is made on the emotional impact.

Great design communicates with the emotional subconscious. This process works differently and is more dominant than language.

If the story is simple and authentic and goes on to rationalise the connection already created by the more primordial needs of the brain, then it becomes a powerful piece of visual communication

The implications of our ‘Triune’ brains on design is something we’ll explore in more depth with follow up articles. So if you’re interested to find out more about making brands more enticing, then sign up to the email newsletter at the bottom of the page